Z-Drugs Pharmacology | All the Facts in One Place! 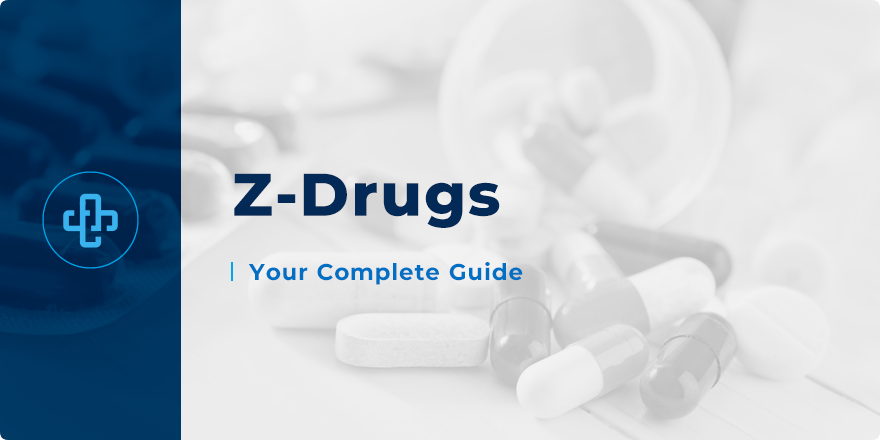 Because Z-drugs cause sedation, they are also known as hypnotic drugs.

Examples of Z-drugs include:

Though eszopiclone does not begin with ‘z’, it is still classified as a “Z-drug” – it is the S-enantiomer of zopiclone.

Z-drugs are classified as follows:

GABA is the primary inhibitory neurotransmitter in the brain. By binding to GABAA receptors, a depressant effect permeates throughout the brain – inducing a hypnotic and anxiolytic state in patients.

Though Z-drugs bind at the same site as benzodiazepines, they are chemically distinct.

Side effects associated with Z-drugs include:

This effect can be problematic – for example, for routine activities such as driving, using machinery or other, more challenging tasks.

Dependence may develop if patients take Z-drugs for more than the recommended short-term use. Immediate withdrawal may lead to effects such as anxiety, rebound insomnia, headache and muscle pains and aches.

When we talk about the clinical pharmacology of Z-drugs, we need to think about the following factors:

Z-drugs are a short-term measure. The patient and their clinical team should identify the causes of insomnia and deal with those causes accordingly to resolve insomnia and prevent recurrence in the long-term.

For even more facts and pharmacology quiz questions on Z-drugs pharmacology, register with PharmaFactz today. Check back to our pharmacy blog soon for even more articles on other major hypnotic drug classes!