Tuberculosis Drugs Pharmacology | All the Facts in One Place! 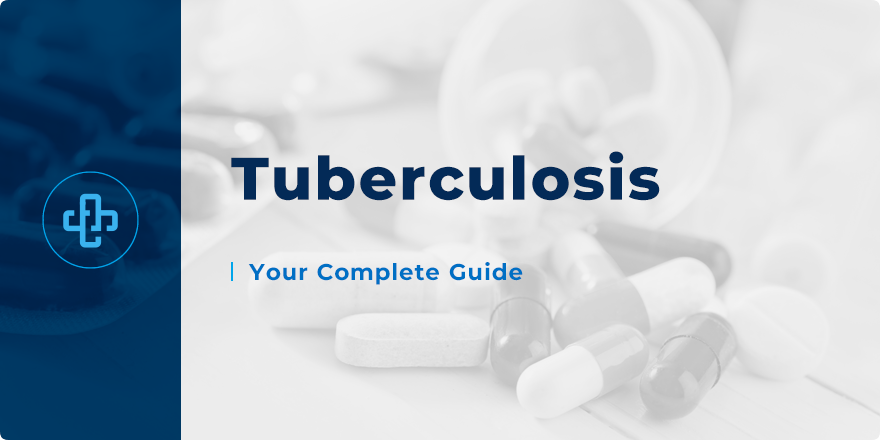 Tuberculosis is a bacterial infection caused by Mycobacterium tuberculosis (MTB). Here, we review the first-line drugs used to treat tuberculosis – their mechanism of action, side effect profiles and other clinical considerations.

This is not intended as a complete clinical guide on how to manage the infection. Here, our focus is on the first-line drugs and their underlying pharmacology that makes them effective treatment options for this serious infection.

So, what is tuberculosis?

Tuberculosis is a bacterial infection caused by Mycobacterium tuberculosis; an infection commonly characterised by pulmonary symptoms – such as chest pain and a productive cough (including blood). It is also associated with fever, night sweats, weight loss (hence its former name, “consumption”), loss of appetite and fatigue.

Infection is more likely in HIV patients and in those who smoke. Prevention involves early detection and screening, as well as vaccination via the bacillus Calmette-Guerin (BCG) vaccine. In 2016, TB infections resulted in approximately 1.5 million deaths.

Medicines used as first-line agents include the RIPE drugs:

In addition, streptomycin – an aminoglycoside – may also be used.

For example – a standard treatment may involve using the RIPE drugs for the first two months of therapy, switching to isoniazid and rifampicin for the final four months – totalling six months of treatment.

Two of the medicines – namely, isoniazid and ethambutol – work to disrupt the mycolic cell wall.

Isoniazid is a prodrug activated by the mycolic enzyme, KatG; an enzyme that catalyses formation of an isonicotinic acyl radical; a radical which, through further transformation, inhibits synthesis of mycolic acid – an essential component of the cell wall.

The mechanism of pyrazinamide is not fully understood. It is known to be converted into its more active form, pyrazinoic acid, which accumulates inside the bacterium. It is not yet known how the accumulated active form achieves its therapeutic effects.

Streptomycin is an aminoglycoside, and, like all aminoglycosides, it works as a protein synthesis inhibitor. More specifically, streptomycin binds to the 16S element of the 30S ribosomal unit, disrupting the binding of formyl-methionyl-tRNA to the 30S unit.

Side effects depend upon which drug is administered. Each medicine is, however, associated with their own range of distinct side effects.

Pyrazinamide, isoniazid and rifampicin are most associated with drug-induced hepatitis and hepatotoxicity generally.

Side effects are more likely in patients over the age of 60, who are females, who have HIV, and who belong to the Asian community.

When we talk about the clinical pharmacology of tuberculosis drugs, we need to think about the following factors:

Treatment for active tuberculosis infection is long, often lasting for at least six months. The clinician should understand the implications of therapy – combining knowledge from the patient, their age, their current medical state, the medicines they are/have taken, and many other factors, to establish the most optimum path toward full health.

For even more facts and pharmacology quiz questions on tuberculosis drugs pharmacology, register with PharmaFactz today. Check back to our pharmacy blog soon for even more great facts on anti-TB medicines and how they work to eliminate both active and latent tuberculosis infections!