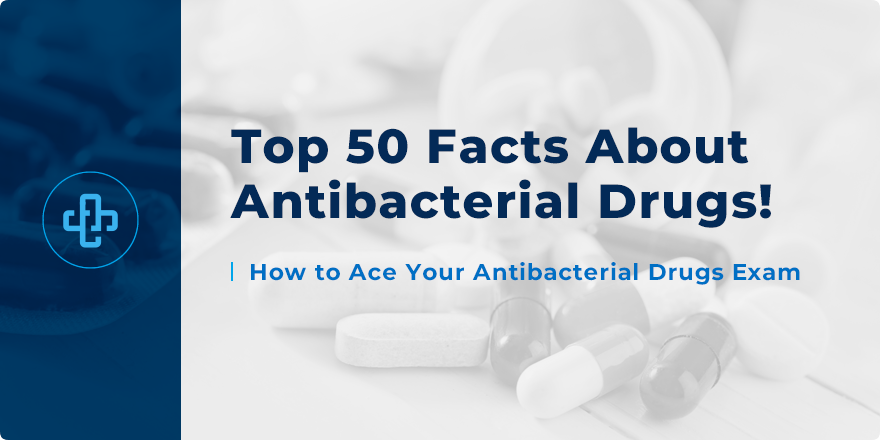 Antibacterial agents are broad and diverse class of drugs – a class that often poses a challenge to the student.

For this reason, we’ve gone ahead and harvested 50 of the most fundamental facts about antibacterial drugs that every student of pharmacy, medicine and nursing should know.

We talk about the various drug classes – their mechanism of action, prominent side effects and drug interactions, and a variety of other clinical pharmacology facts that come up time and time again.

Know them all? If you’ve an exam upcoming, now is the time to commit all fifty to memory. It’ll make an enormous difference to your pharmacology exam result!

For even more facts about antibacterial drugs, take a few moments to become a registered member of PharmaFactz – there, you can receive instant access to thousands more facts to help you master the science of medicines. Check back to our pharmacy blog soon for even more great facts!