TCAs Pharmacology | All the Facts in One Place! 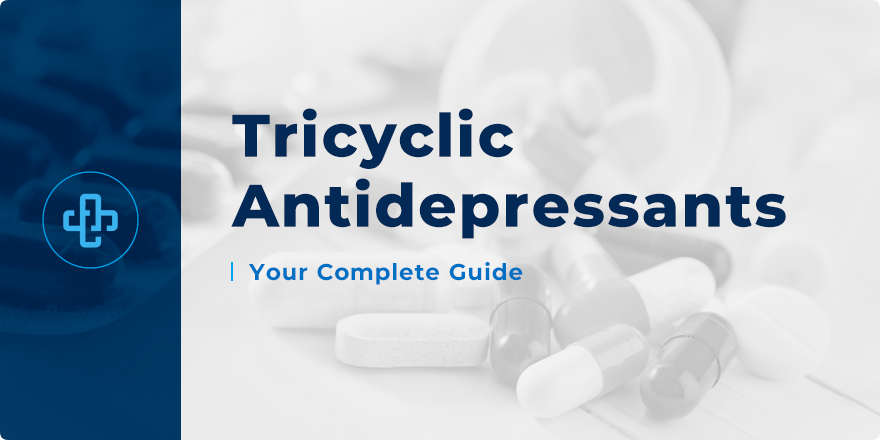 Examples of tricyclic antidepressants include:

TCAs are often considered for depression after other, first-line agents have been used – such as SSRIs.

By inhibiting their reuptake, more serotonin and norepinephrine lingers within the synaptic cleft, available to bind to postsynaptic receptors and trigger their neuronal effects.

Preferential reuptake of serotonin (by at least 10-fold) [“TIC”]

Preferential reuptake of norepinephrine (by at least 10-fold) [“MaN”]

In addition, TCAs don’t limit their inhibition to serotonin and norepinephrine receptors. Depending on the TCA in question, they can also inhibit:

As a result, tricyclic antidepressants are associated with a diverse range of potential side effects.

Most commonly experienced side effects are related to the antimuscarinic action of TCAs:

Sedation and hypotension are linked to their inhibition of H1 and alpha-1 receptors.

Other side effects include:

TCAs in overdose are associated with hypotension, arrhythmias, seizures, respiratory failure and coma.

Sudden withdrawal from TCAs can induce:

TCAs should be withdrawn gradually, over time, to eliminate these risks.

When we talk about the clinical pharmacology of TCAs, we need to think about the following factors:

Not everyone responds the same way to an antidepressant medicine.

Doctors take these factors into consideration, alongside symptoms and previous history of antidepressant use, to find the best antidepressant for the patient. Often, much experimentation is required before the patient, and the doctor, find the most optimum solution.

That concludes our review of the pharmacology of TCAs. For even more facts and quiz questions about TCAs pharmacology, register with PharmaFactz today. Check back to our pharmacy blog soon for even more great drug summaries!