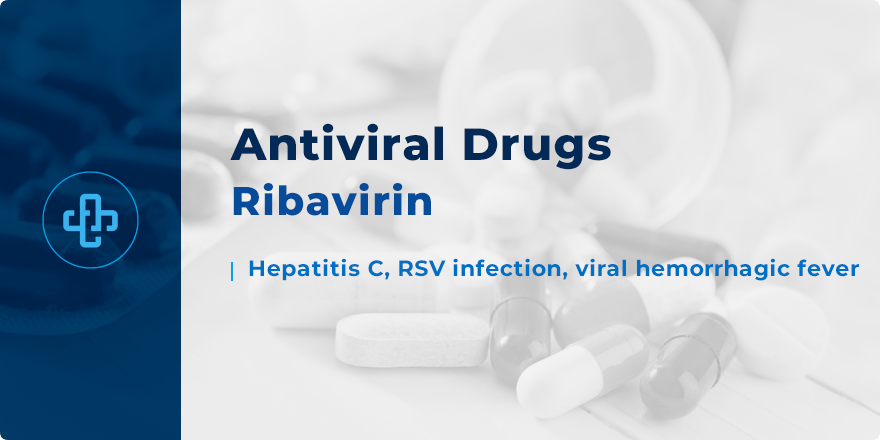 Here, we review the fundamental facts about ribavirin pharmacology; an important medicine in the clinical pharmacology of antiviral drugs. It is used in the treatment of a wide range of viral infections, but it also comes with significant side effects and notable contraindications, particularly in the context of pregnancy.

Let’s take a few minutes to review the fundamental facts you need to know.

Ribavirin is an antiviral medicine used in the treatment of:

In the case of hepatitis C, ribavirin is used alongside other medicines including:

Ribavirin came into use in 1986 and has since been listed on the WHO List of Essential Medicines.

Clinically significant side effects of ribavirin include:

Clinically considerations with ribavirin include: