Quinine Pharmacology | All the Facts in One Place! 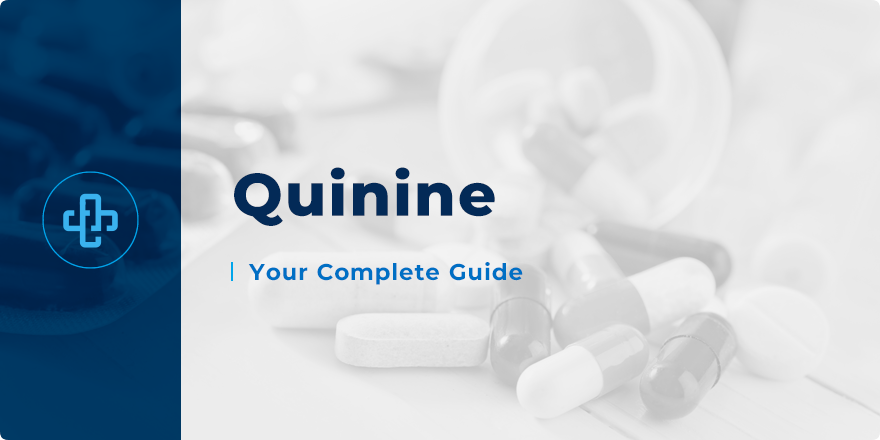 Quinine is an important medicine in the treatment of malaria. While it has been touted as a potential treatment for restless legs syndrome, it should not be taken for this purpose – not least due to its side effect profile and increased risk of death.

Malaria is a serious illness brought on from infections caused by mosquito bites. Mosquitos infected with malaria are most common in Africa, South America and South-East Asia.

Let’s take a few minutes to learn how precisely quinine is thought to act.

The mechanism of action of quinine is not yet entirely understood.

Many current theories center around how a related medicine, chloroquine, works.

Again, this is not necessarily the mechanism of quinine. However, there is believed to be significant overlap. Take a few minutes to learn more about the medicinal chemistry of quinine.

Quinine has a notorious side effect profile, many of its effects being quite serious.

Side effects associated with quinine include:

Quinine is also associated with cinchonism – a collection of symptoms which include:

Severe cinchonism is associated with the above effects,in severe form – plus vomiting, abdominal pain, deafness, blindness and arrhythmias.

When we talk about the clinical pharmacology of quinine, we need to think about the following effects:

Though quinine is an effective medicine at treating malaria, it does come with a substantial side effect profile. These factors should be considered, along with the patient’s existing condition, to determine whether quinine is an appropriate course of treatment.

For even more facts and pharmacology quiz questions about quinine pharmacology, register with PharmaFactz today. Check back to our pharmacy blog soon for even more great articles on medicines used to treat malaria!