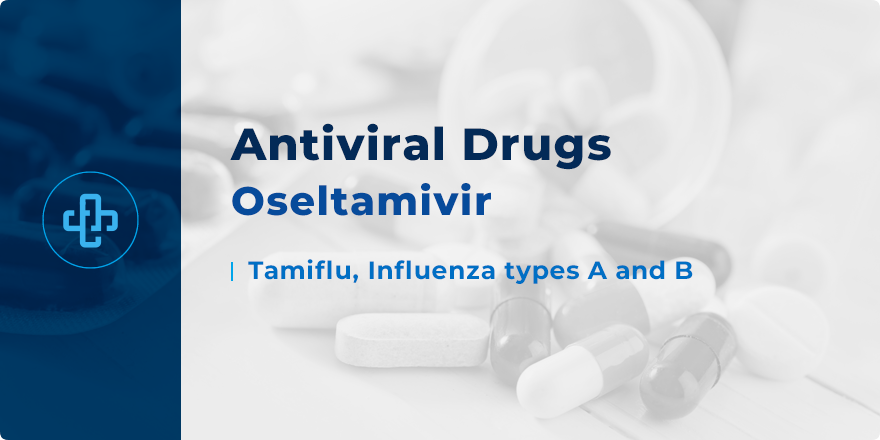 Let’s take a few minutes to review the fundamental facts you need to know.

Oseltamivir is an antiviral drug used to treat and prevent influenza A and B.

It is recommended to be taken, and is most effective, when taken within the first 48 hours of symptoms onset. Oseltamivir is not used to treat the common cold. In children, oseltamivir may be used if the patient is more than 2 years old. The drug may be used prophylactically in children who are at least 1 years old.

For influenza prophylaxis in children, only once daily dosing applies.

At the most fundamental level, oseltamivir works as a neuraminidase inhibitor.

The purpose of the neuraminidase enzyme is to facilitate virions exiting human cells. It achieves this by cleaving sialic acid from glycoproteins found on the surface of human cells. That cleaving opens the way for new virions to exit, spread and grow.

By inhibiting this enzyme, then, oseltamivir works to prevent new viral particles from being released, halting the viral infection process.

Side effects with oseltamivir include:

Neurological / behavioral effects have also been observed. Patients have experienced mood swings, irritability and, in extreme cases, forms of psychosis. Mood swings and irritability is more commonly seen in children.

Clinical considerations of oseltamivir pharmacology include:

There is much debate about the risk:benefit ratio of Tamiflu. Some analyses show that the drug does not reduce hospitalizations. Other studies show that it is effective for both treatment and prevention. The drug was moved from the core to the complimentary WHO List of Essential Medicines in 2017. Despite the ongoing debate, oseltamivir continues to remain a potential clinical option in the treatment of influenza.

Want even more oseltamivir pharmacology? Take a few minutes to become a member of PharmaFactz today. Receive instant access to all the facts about drugs and medicines you need to know. Check back to our pharmacy blog soon for more amazing facts on oseltamivir and other aspects of antiviral drugs pharmacology!