This section will go over drug targets in biological systems from a medicinal chemistry perspective. The purpose of this section is to give an overview of the molecular structures of major macromolecular targets in the body.

The main drug targets in the body are normally large molecules. Macromolecule is the word used to describe large molecules with high molecular weights. These large molecules are made up of smaller subunits. Examples of macromolecules include proteins and nucleic acids. Knowing the functional groups and structural features of the macromolecules can provide an insight on the possible interactions that can take place between the drug and its target at the binding site. Armed with this knowledge, medicinal chemists can introduce structural modifications to a lead compound and optimise drug-target interactions.

Most drugs in clinical use target proteins such as receptors, proteinaceous enzymes, transport proteins, membrane proteins, and ion channels. Understanding the chemistry of proteins is important in drug design. In humans, proteins are typically composed of a set of 20 standard amino acids. This class of organic compounds are made up of a carboxylic acid functional group, a side chain characteristic of that amino acid, and an amine functional group. The generic structure of the unionised α-amino acid is shown below. 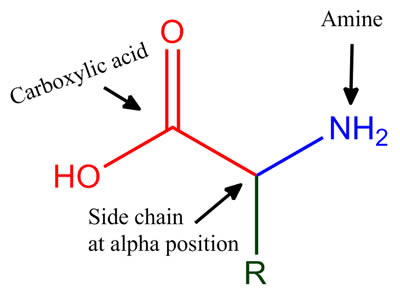 Amino Acids with Hydrophobic Side Chains 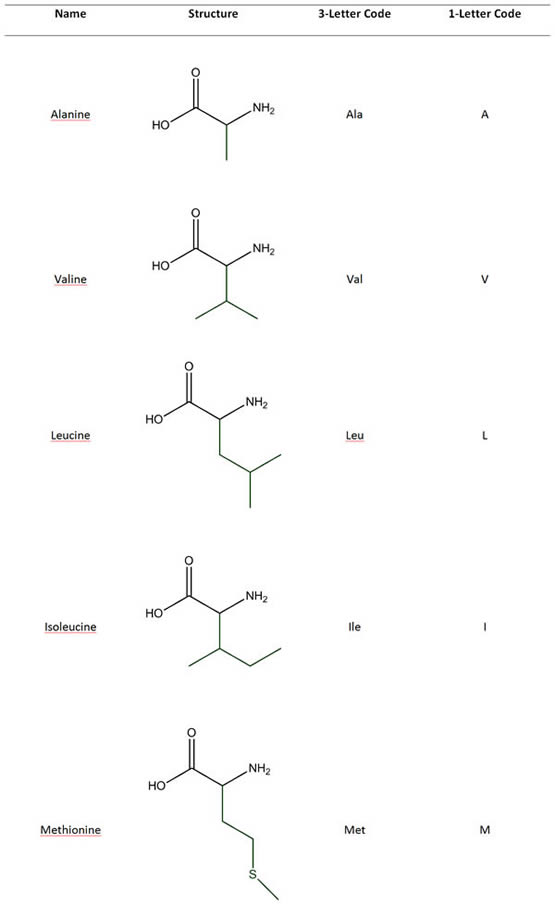 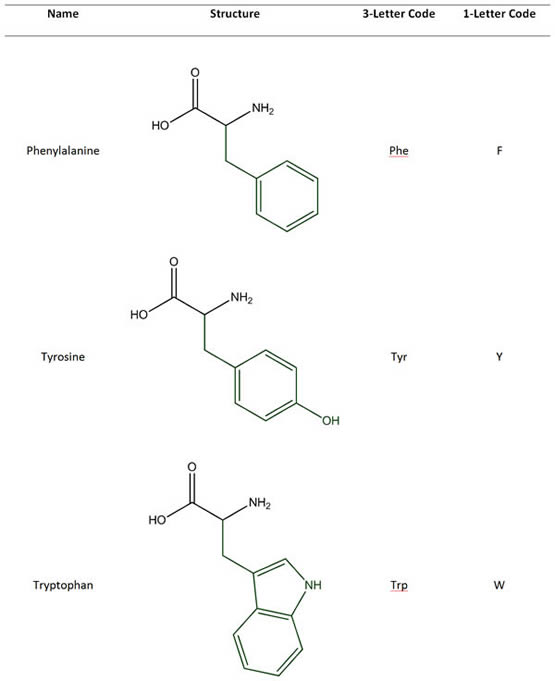 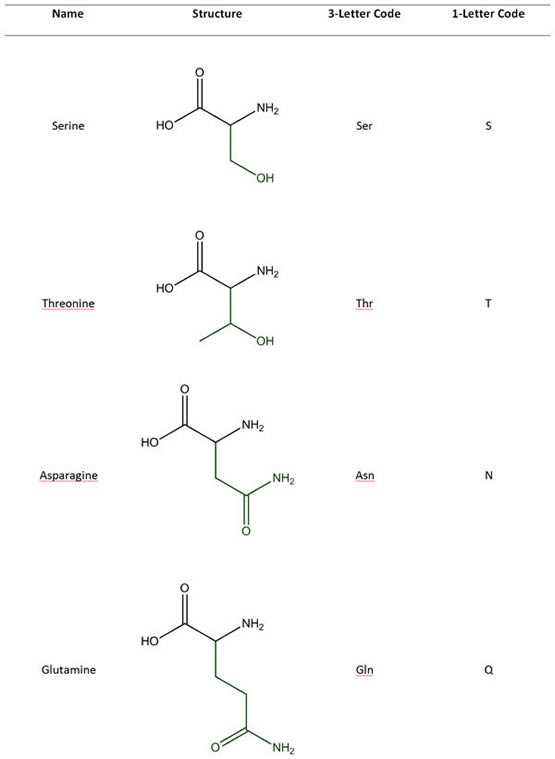 Amino Acids with Cationic Side Chains 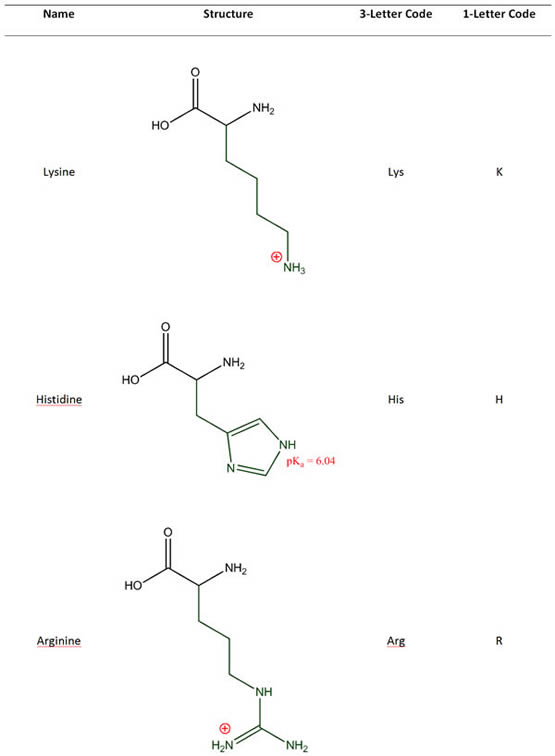 Amino Acids with Anionic Side Chains 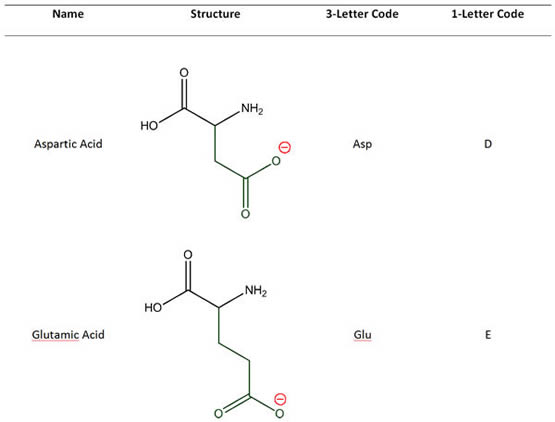 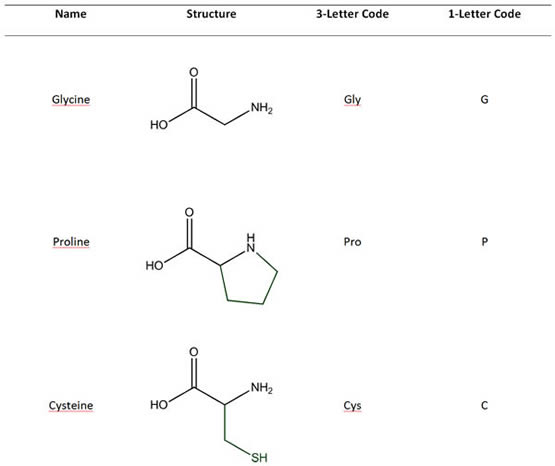 “Any Help In Learning These Little Molecules Proves Truly Valuable”.

The linear sequence of amino acids which are linked through peptide bonds is known as the primary structure. Disulfide bonds between cysteine residues are also included in the primary structure. The resulting disulfide compound is formed through an oxidation reaction between two cysteine molecules. The amino acid product of the reaction is called a cystine residue (without the e).

The α-helix results from the coiling of the peptide chain. The coiling is maintained by the formation of intramolecular hydrogen bonds that are directed parallel to the helix axis. Amino acids essentially lie perpendicularly from the helix, minimising steric interactions, thereby granting the structure more stability. G-protein coupled receptors (GPCRs) are important drug targets. GPCRs contain several transmembrane α-helices.

In β-pleated sheets, hydrogen bond formation occurs between adjacent sections of the polypeptide that run in the opposite direction (antiparallel) or in the same direction (parallel). Again, to minimise steric interactions, residues lie perpendicularly to the sheets.

The tertiary structure refers to a protein’s three-dimensional arrangement in space. Excluding disulfide bonds, the native, biologically active conformation is stabilised by noncovalent intramolecular interactions such as ion-dipole interactions. Proteins are said to undergo folding when assuming its functional shape. The three-dimensional structure of proteins is crucial to their biological function. When drugs bind to proteins, the protein undergoes conformational change. A change in conformation usually means altered function. The tertiary structure is of great importance during drug design. During computer-aided drug design, the 3D structure of proteins can be used to study binding interactions through computational chemistry and molecular modelling software packages.

In cases where a protein is made up of more than one polypeptide chain, the quaternary structure refers to the spatial arrangement of more than one different polypeptide chains and the interactions established between them. For example, haemoglobin is composed of four subunits – two identical alpha units and two identical beta subunits. Haemoglobin is said to have a quaternary structure.

Proteins are ubiquitous in living organisms, making up receptors and ion channels as well as playing roles in enzyme catalysis. It is easy to see why proteins are the main targets of drugs in clinical use. For example, HMG-CoA reductase is an enzyme involved in the biosynthesis of cholesterols. The enzyme is the drug target of the class of drugs known as statins. Examples of statins include pravastatin (Pravachol) and atorvastatin (Lipitor).

Nucleic acids are another class of important drug targets. They are of particular significance in the medicinal chemistry of certain anticancer drugs and gene silencing therapeutics. DNA and RNA are nucleic acids. Just like proteins, nucleic acids are polymeric macromolecules. The monomeric units of nucleic acids are referred to as nucleotides. 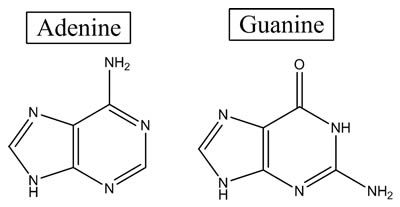 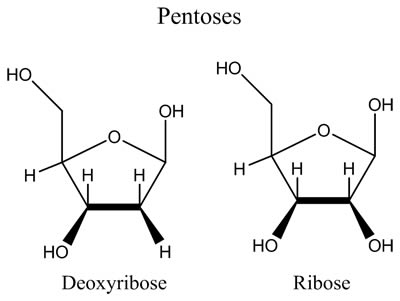 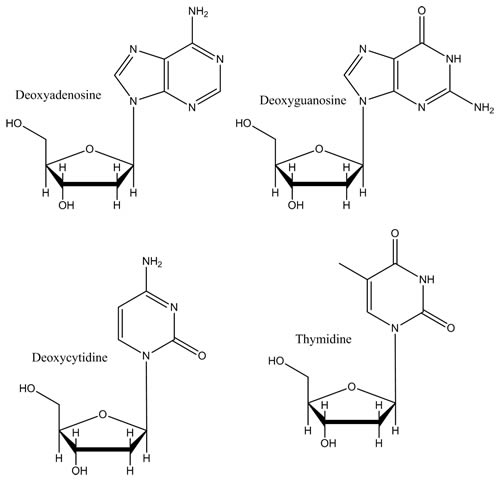 The names of the ribonucleosides are adenosine, guanosine, uridine, and cytidine. Given the structures of ribose and the nucleobases found in RNA, can you draw the ribonucleobases? 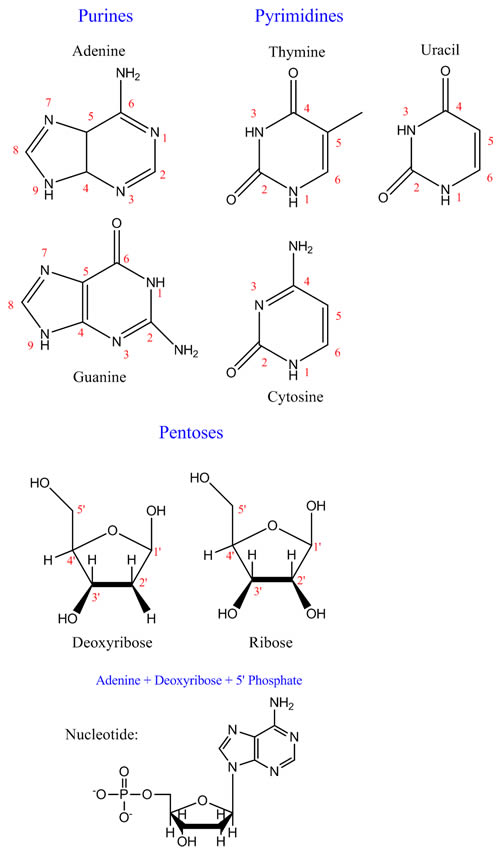 Can you draw the rest of the nucleotides? 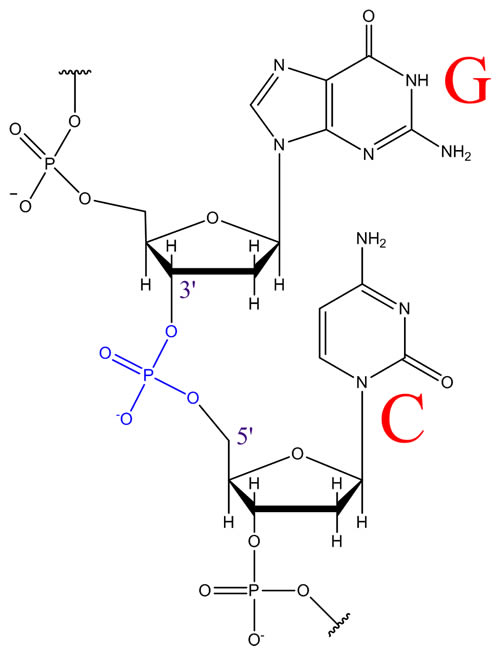 Each nucleotide making up the nucleic acid can be thought of as a single letter making up a nucleic acid alphabet. The four letters of the ‘DNA alphabet’ are A, T, G and C, standing for adenine, thymine, guanine, and cytosine.  By convention, the sequence of nucleotides is written in the 5’ ? 3’ direction. In RNA, T is replaced by U (for Uracil).

The human genome is made up of approximately 3 billion base pairs of DNA.  Other modes of base-pairing are known, such as Hoogsteen base pairing. RNA exhibits non-canonical base pairing more so than DNA. 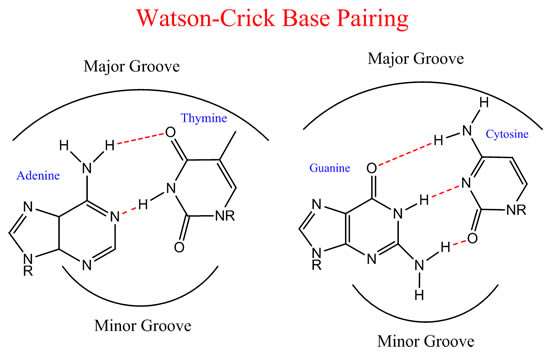 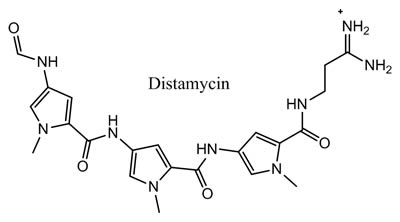 The structure of the antibacterial compound proflavine, is shown below. It fits the criteria of an intercalator described above. The charged form of the drug intercalates with DNA. The planar acridine interacts with bacterial DNA through π-π interactions. The quaternary ammonium cations interact with the anionic sugar-phosphate backbone through ionic interactions. Proflavine is a bacteriostatic compound that was used during the First and Second World wars to treat deep surface wounds. 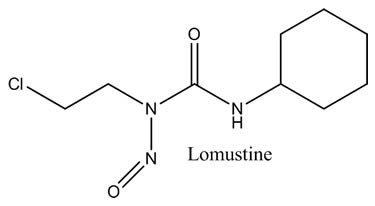 Chain terminators are drugs that incorporate themselves in DNA during replication and cease chain growth. They are structurally similar enough to DNA building blocks that the cell’s DNA replication machinery ‘mistakes’ them as authentic building blocks. Chain terminators are typically prodrugs which are triphosphorylated in the organism to give the active drug. Arguably the most important feature of chain terminators is that their structure restricts further addition of DNA building blocks to the growing DNA strand. An example of a chain terminator would be aciclovir. Aciclovir (or acyclovir) is a highly selective antiviral bioprecursor prodrug that is activated by phosphorylation in the organism. This drug is a guanosine analogue that is mainly used to treat herpes simplex virus infections. 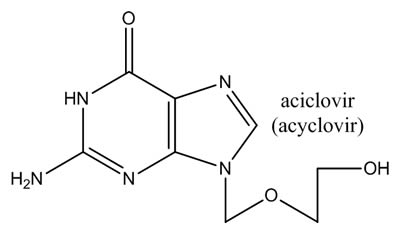 Chain cutters are compounds that act on DNA through strand scission. Their mechanism of action appears to involve radical chemistry. An example of a chain cutter is the known antitumour compound, calicheamycin γ1. Calicheamicins are known to be synthesised by the bacterial species, micromonospora echinospora.

This concludes the article on drug targets from a medicinal chemistry perspective. Protein-protein interactions and biosynthetic building blocks may be targeted as well. Other drug targets include lipids and carbohydrates. However, the number of drugs that act on these targets is relatively small compared to drugs that target proteins and nucleic acids.

Drugs, their targets and the nature and number of drug targets: