Natural products have been used by humans for thousands of years for the treatment of different medical conditions.

Opium, one of the oldest herbal medicines used by humans, is the dried latex obtained from the opium poppy (Papaver somniferum). As an herbal medicine, opium is used as a sedative and for the treatment of diarrhea. Opium contains more than 20 alkaloids, the pentacyclic compounds morphine, codeine and thebaine being the main psychoactive alkaloids.

The opioid morphine was first isolated in 1803 but it wasn’t until 1833 when morphine was isolated and purified on a commercial scale. Morphine, which is poorly absorbed in oral dosage forms due to an extensive first pass metabolism, was found to be a potent analgesic and sedative when administered intravenously later on in the 19th century (more so than opium!).

However, serious side effects such as respiratory depression, constipation and addiction became known and became of concern. Despite the known side effects, morphine is still one of the most effective drugs for alleviating pain. The discovery and development of safe, potent, non-addictive opioids that can be administered orally remains one of the main objectives of the field of opioid pharmacology and medicinal chemistry to this day. 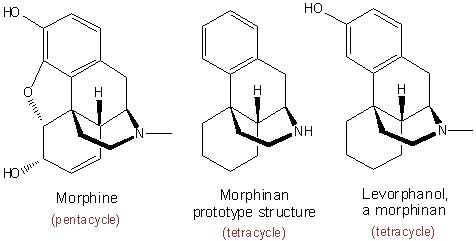 In the central nervous system (CNS), the main drug targets of the morphine molecule are the µ, κ and δ opioid receptors, also referred to as the MOR, KOR and DOR, respectively.

Morphine acts as an agonist for all three and as mentioned earlier, all three aforementioned receptors are GPCRs.

Morphine, and many other structurally similar opioids, interact more strongly with the µ receptors in general.

Morphine contains five rings (A – E) and is T-shaped. Since morphine has five rings, it is said to be pentacyclic. As it contains a tertiary amine, morphine therefore has a basic group (pKa ~8-9). The molecule also has alcohol, ether, alkene and phenol moieties and five asymmetric centers. 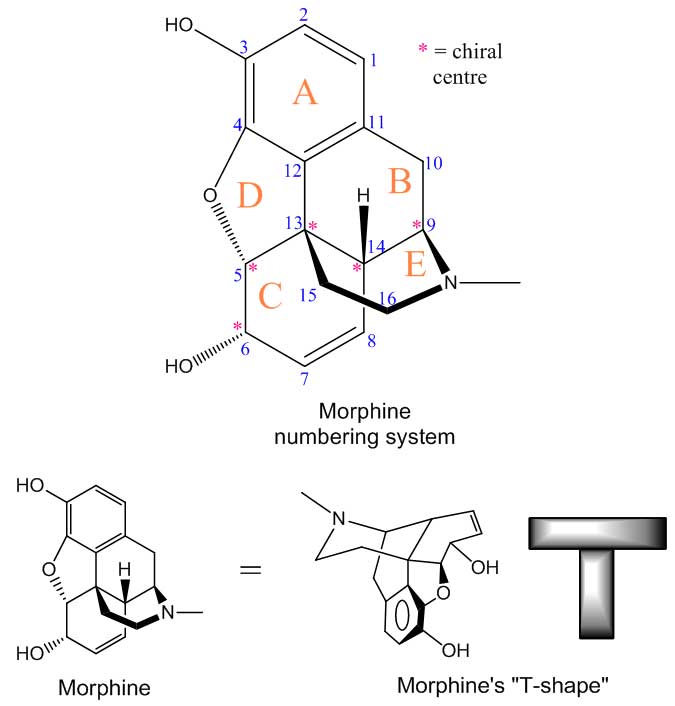 Through the synthesis and/or analysis of several morphine derivatives, several functional groups have been identified as crucial to the molecule’s activity and certain molecular modifications can result in different effects. Key intermolecular interactions with the drug target have also been identified. 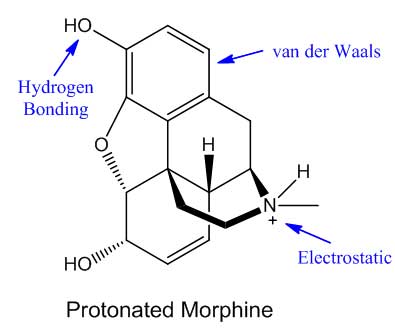 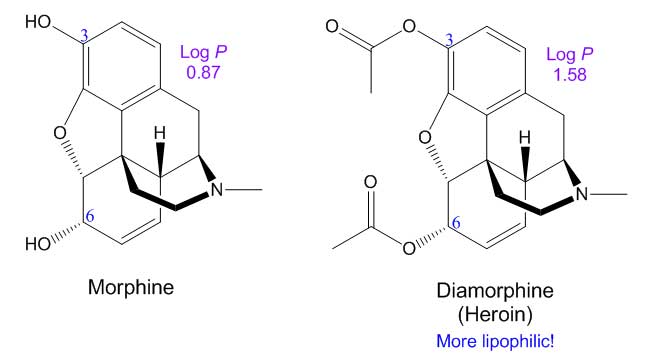 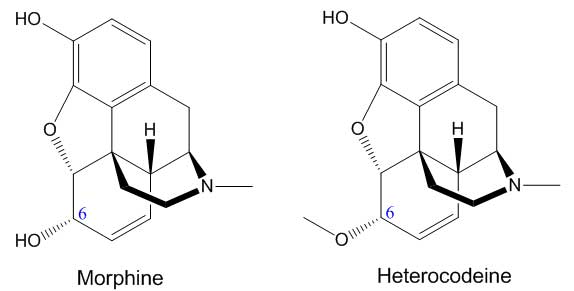 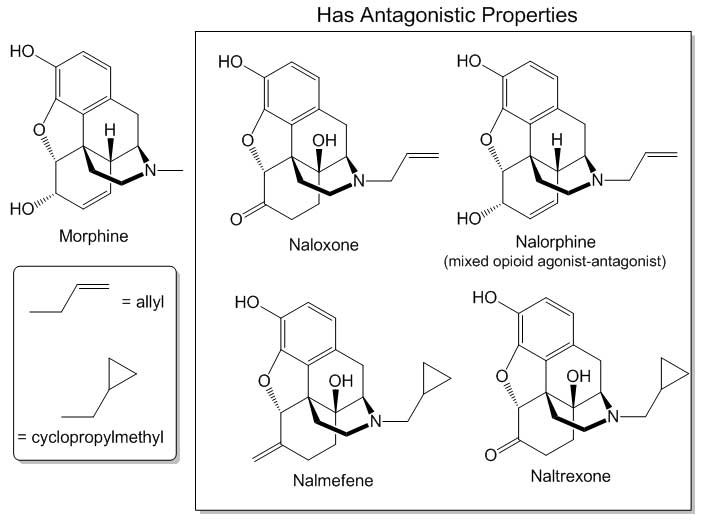 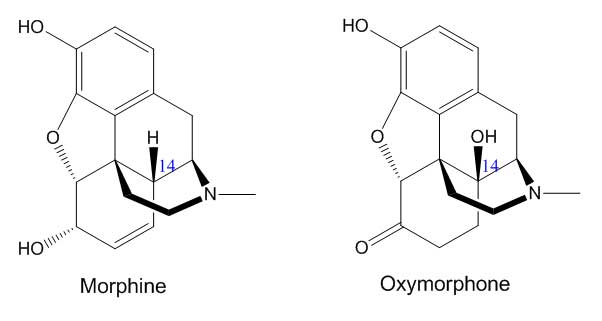 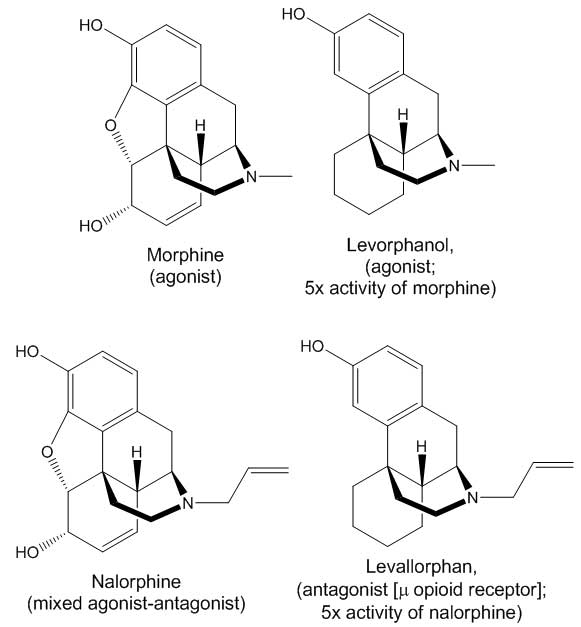