Lanthanoids (also called lanthanides) are any of the fifteen metallic elements with the atomic numbers 57 through 71 (lanthanum through lutetium). The name lanthanoid is derived from the name of the element lanthanum, which is actually a d-block element but is frequently classified as a lanthanoid due to similar chemistry to the other lanthanoids. Some properties, characteristics and observed phenomena of the lanthanoid series include: 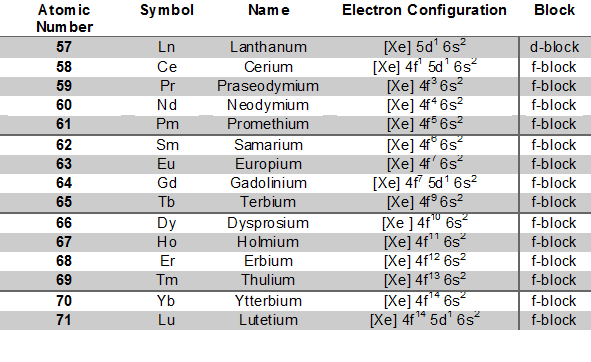 As a compound, DOTA-TATE is a macrocycle that bears a tyrosine3-octreotate, a knownsomatostatin receptor (SSR) antagonist, and the bifunctional chelator DOTA (tetraxentan). A coordination complex with the β-emitting lanthanoid radionuclide 177Lu can be formed with DOTA-TATE. 177Lu-DOTA-TATE has been approved (Jan 2018, USA & Sep 2017, Europe) for adults with gastroenteropancreatic neuroendocrine tumours that are somatostatin receptor-positive.

Q2)174Lu is a positron emitter. Can you write a nuclear equation for the decay of 174Lu?

Q3) What happens when an electron and a positron collide? 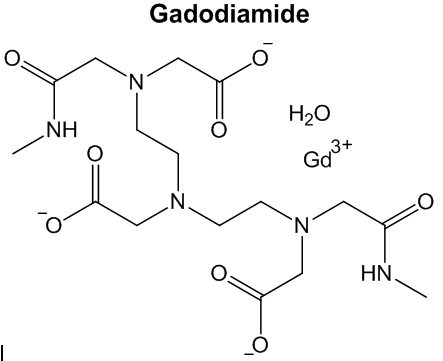 During Magnetic Resonance Imaging (MRI), contrast agents (CAs) such as gadodiamide (Omniscan®) are typically used to improve the visibility of internal bodily structures. NMR spectroscopy, a widely used characterisation tool in the chemical sciences and structural biology, uses the same principle as MRI to obtain images. Gadolinium-based contrast agents are ones that are in regular use in the clinic. As with the other lanthanoids, an oxidation state of III is common among gadolinium salts. Outside clinical settings, one such application of gadolinium is its use for devices that store computer memory.

At the time of writing, the anti-hyperphosphataemic lanthanum carbonate (La2(CO3)3 is the only lanthanum salt that has been approved for clinical use. 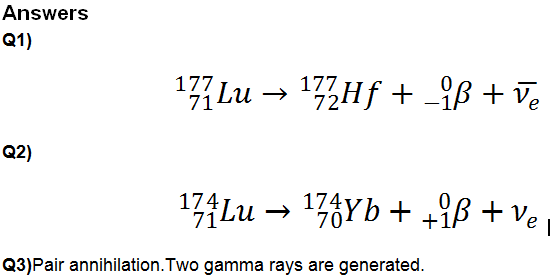 Hyperphosphataemia is an electrolyte disorder where patients have an elevated level of phosphate in their blood.Following oral administration of La2(CO3)3, La3+ ions are liberated in the stomach which reacts with dietary phosphate. Reaction with dietary phosphate leads to the formation of lanthanum phosphate (LaO4P) in the gut, which is then excreted in the stool, which is thought to contribute to the reduction of phosphate levels in patients with hyperphosphataemia.