Laxatives Pharmacology | All the Facts in One Place! 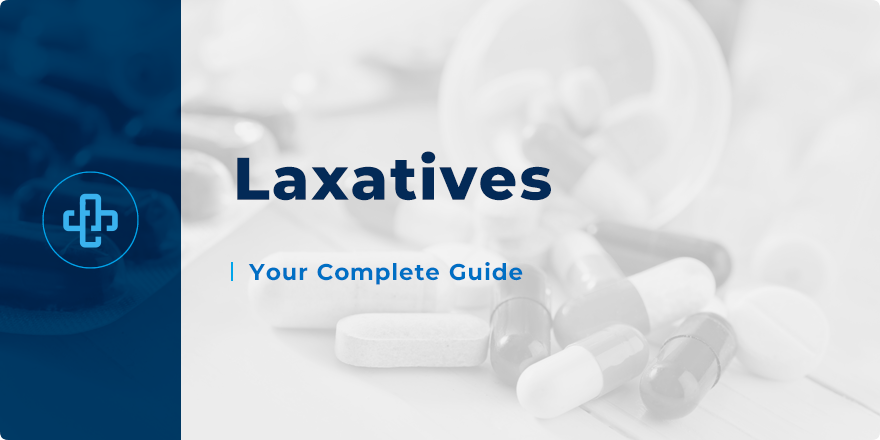 Laxatives are medicines used in the treatment and prevention of constipation. They work to loosen stools and speed the transition of contents through the bowel.

There are three main classes of laxative:

In this guide, we go through each of these classes in turn – reviewing their indications, mechanism, side effects, drug interactions and wider clinical considerations.

Bulk-forming laxatives include drugs such as:

As their name suggests, bulk-forming laxatives add “bulk” to the stools. This helps the stools transition through the bowel.

More specifically, bulk-forming laxatives contain hydrophilic elements that draw water into the stools. The more water the stools have, the easier they move through the colon.

Of course, this also includes dietary fiber. Fiber rich foods include fruits, vegetables, whole grains, bran products, nuts and legumes – all of which, when consumed in recommended daily amounts, help to form stools that seamless pass through the bowel.

Side effects with bulk-forming laxatives include:

Bulk-forming laxatives should be avoided in patients with intestinal obstruction.

There are no significant drug interactions worthy of note.

Examples of osmotic laxatives include:

Osmotic laxatives are used to treat constipation; bowel preparation before surgical procedures and/or endoscopy; and in the treatment of hepatic encephalopathy (particularly lactulose).

Osmotic laxatives work by drawing water into the stools. Osmosis not only retains water in the stool, but it also lowers the intestinal pH through bacterial fermentation into acids, such as formic and acetic acid. It also helps to stimulate peristalsis.

Lactulose has the added effect of inhibiting the absorption of ammonia – hence its role in the treatment of hepatic encephalopathy where excess ammonia is a cause.

Side effects of osmotic laxatives include gastrointestinal effects: flatulence, nausea and abdominal cramps. Like with many other laxatives, there is a risk of diarrhea.

Lactulose and phosphate enema are associated with electrolyte disturbances

Osmotic laxatives should be avoided in patients with intestinal obstruction.

Examples of stimulant laxatives include:

Docusate sodium is also classified as an “emollient laxative”; an anionic surfactant that draws water and fats into the stools.

Stimulant laxatives work by stimulating the colon to secrete water and electrolytes from the colonic mucosa into the stools.

In turn, this increases the volume of the stools whilst also contributing to peristalsis.

Some drugs, such as senna, are broken down by colonic bacteria into metabolites which promote peristalsis – through the precise mechanism of this interaction is unknown.

Prolonged use of stimulant laxatives can be dangerous.

For example – overstimulation can damage the haustral fold’s in the colon, meaning that the patient can no longer efficiently transit stools through the bowel.

Other side effects are common with all laxative classes – increased flatulence, abdominal pain and cramps.

Similarly, stimulant laxatives should be avoided in patients with intestinal obstruction due to the risk of colonic perforation.

There are no clinically significant drug interactions worthy of note.

Though these three classes – bulk-forming, osmotic and stimulant – are the primary classes, there are other medicines that may be used in the treatment of constipation.

Laxatives are an important drug class. They relieve constipation whilst not coming with overly burdened side effect and drug interaction profiles. However, their use needs to be considered in the wider clinical context as improper use – such as in intestinal obstruction or laxative overuse/abuse – can cause substantial problems. For even more information and quizzes on laxatives pharmacology – join our member’s program today.