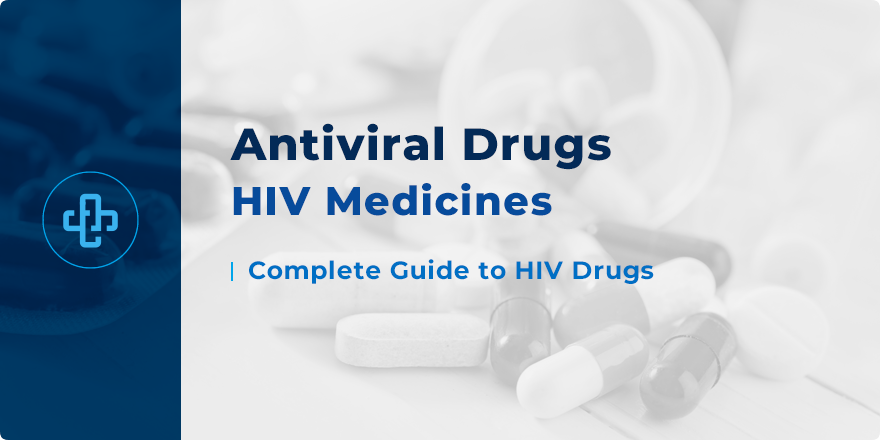 HIV – or human immunodeficiency virus – is a lentivirus that causes HIV infection. Over time, this can lead to the development of AIDS, or acquired autoimmune deficiency syndrome. While there is no cure, treatment options are available.

Without treatment, the average survival time from onset of HIV infection is 10 years.

HIV can be transmitted from mother to child through breast milk. It can also pass to the child during both pregnancy and childbirth – through infected blood or vaginal fluids.

Most HIV cases are caused through sexual means – via infected semen, blood, pre-ejaculate or vaginal fluids. Once in the body, HIV targets many cells that are integral to successful performance of the immune response. This includes T-helper cells, dendritic cells and macrophages, amongst others.

In 2016, there were 37 million cases of HIV/AIDS worldwide leading to 1 million deaths – most infected persons living in sub-Saharan Africa.

With these fundamental facts in mind, let’s review the major drug classes used to treat HIV/AIDS.

The various antiretroviral drugs can be categorised into the following five classes:

Below, we review the each of these antiretroviral drug classes – how they work, why they are used, and what side effects and drug interactions they are linked to. We also learn why some drugs are selected for specific fixed-dose combinations.

Let’s begin our review with one of the most well-known classes – reverse transcriptase inhibitors.

There are three kinds of reverse transcriptase inhibitor:

Note – nucleotide analog tenofovir can be recognised as “t” for tenofovir, “t” for “-tide”. All non-nucleoside drugs have “-vir-“ within their names.

However, they have a structural difference – lacking a 3’-hydroxyl group. When incorporated into viral DNA, then, the viral deoxynucleotide cannot extend – a process known as chain termination.

Both nucleotide and nucleoside RTIs compete with host DNA as well as viral DNA, leading to their characteristic side effect profile (see below).

NNRTIs work by binding directly to the reverse transcriptase enzyme. Unlike NRTIs and NtRTIs, NNRTIs are not incorporated into viral DNA.

Side effects with RTI medicines include:

However, patients may experience more severe side effects, including:

Though many of these effects are rare, the student should be aware of the possibility.

Examples of protease inhibitors include:

Note: All protease inhibitors end in the suffix -navir.

Side effects with protease inhibitors include:

Protease inhibitors interact with a wide range of medicines, including:

Not all protease inhibitors are used for their intrinsic anti-HIV activity.

For example – though ritonavir has anti-HIV activity (albeit minimal), it is not used for this purpose. Instead, it is used as an enzyme inhibitor – inhibiting enzymes such as CYP 3A4 that metabolise other anti-HIV medicines. When ritonavir is taken alongside another HIV drug, then, a lower dose of the latter may be used whilst retaining its anti-HIV effects. Through this strategy, patients experience fewer side effects.

Ritonavir is not the only medicine used as an enzyme inhibitor. Cobicistat is also used to inhibit CYP 3A enzymes, often to boost the effect of the integrase inhibitor, elvitegravir (see below), as well as several other reverse transcriptase inhibitors.

As their name suggests, integrase inhibitors block the effects of the enzyme, integrase.

Integrase is a viral enzyme responsible for integrating viral DNA into the host DNA of infected cells.

Examples of integrase inhibitors include:

Note: integrase inhibitors can be identified through the “-gravir” suffix.

As we learned above, elvitegravir is not taken in isolation. It is taken along the “booster” drug cobicistat, and alongside other drugs such as tenofovir and emtricitabine.

Though integrase inhibitors are generally well tolerated, potential side effects include:

As integrase inhibitors are chiefly metabolised by CYP 3A enzymes, strong inducers of this enzyme should be avoided – phenytoin, rifampicin, carbamazepine and St. John’s wort, for example.

Entry inhibitors are the final class in our study of HIV pharmacology.

As their name suggests, entry inhibitors disrupt the ability of the HIV virus to enter cells. They target the binding, fusion and entry phases of viral integration into the target host cell.

The binding-fusion-entry sequence for the HIV virus is as follows. Below, we learn where entry inhibitors block this process.

Medicines approved as entry inhibitors include:

Maraviroc binds to CCR5, preventing gp120 from binding to this co-receptor. That is why maraviroc is also referred to as a CCR5 inhibitor.

Enfuvirtide binds to gp41 – to prevent fusion of the two membranes. That is why enfuvirtide is also referred to as a fusion inhibitor.

Maraviroc is taken orally, whereas enfuvirtide is taken via the subcutaneous route (SC).

Side effects with maraviroc include:

Side effects with enfuvirtide include:

As we have learned over the course of this HIV pharmacology guide, HIV medicines are not taken in isolation. They are mostly taken as fixed-dose combinations and as part of long-term, defined plans. Some HIV medicines are taken to “boost” the effects of other medicines.

For even more facts and pharmacology quiz questions on HIV pharmacology, register with PharmaFactz today. Check back to our pharmacy blog soon for even more great articles on HIV medicine and the many other families of antiviral drugs.