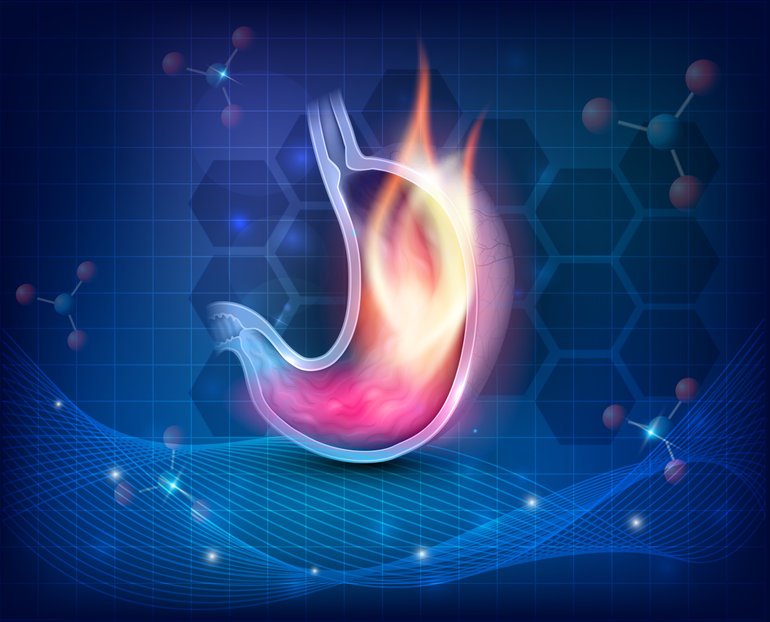 H2 antagonists used to be first-line agents in the treatment of gastric acid conditions, until they were superseded by the more effective proton-pump inhibitors. The first H2-antagonist – cimetidine – was developed in the 1960s by Sir James Black.

Examples of H2 receptor antagonists include:

Note: ranitidine was withdrawn from US/EU markets after low levels of N-nitrosodimethylamine (NDMA) – a carcinogen – were found in the medicine.

H2 antagonists are used in the treatment of the following conditions:

H2 antagonists work by preventing histamine release from enterochromaffin-like cells (ECL) – with histamine acting on nearby parietal cells. Histamine is one of many independent elements responsible for “activating” the proton pump within parietal cells.

That’s what differs the mechanism of H2 antagonists from proton-pump inhibitors.

However, they are associated with their own range of potential side effects. Many of the side effects listed below are common to cimetidine but much more unlikely with later H2 antagonists.

An even smaller minority have experienced loss of libido, a reversible effect upon discontinuation of cimetidine.

When we talk about the clinical pharmacology of H2 antagonists, we need to think about the following factors:

That wraps up our rapid revision of H2 antagonists pharmacology! Check back to our PharmaFactz blog soon for more exclusive content to help you master the science of medicines!

Difference between a Drug and a Medicine!?