Glaucoma Pharmacology | All the Facts in One Place! 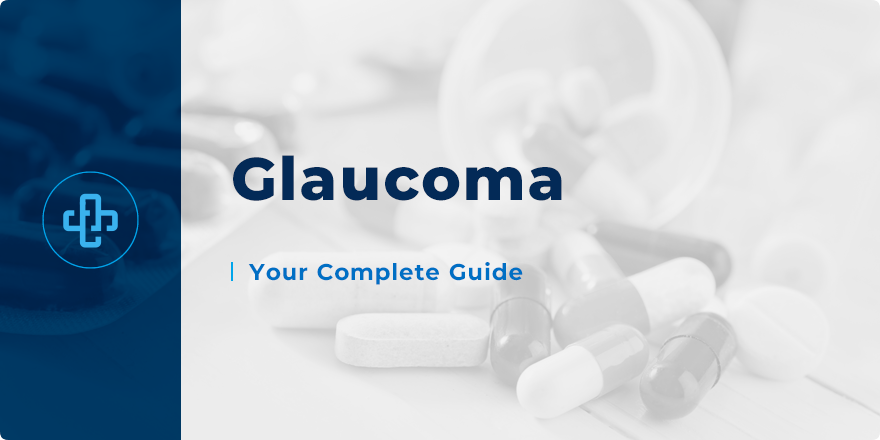 Glaucoma affects up to 60 million people worldwide. Left untreated, it leads to permanent loss of vision. Medications are available though, which serve to decrease intraocular pressure and progression of the disease.

There are three main categories of glaucoma:

Closed-angle glaucoma is less common and may develop gradually or suddenly. Sudden onset symptoms include severe eye pain, nausea, mid-dilated pupil and blurred vision. It is caused when the iris blocks the trabecular meshwork.

Normal tension glaucoma occurs when the patient has normal intraocular pressure yet continues to develop damage to the optic nerve.

The purpose of glaucoma medication is to prevent loss of vision.

Let’s review each of these drug classes – how they work, as well as examining their side effect profiles.

Examples of prostaglandin analogs include:

Generally, they are administered once daily.

Prostaglandin analogs are analogs of prostaglandin F2α – which work to reduce intraocular pressure by increasing elimination of aqueous humor through the uveoscleral pathway.

Side effects with prostaglandin analogs include:

This latter effect may, in some cases, be permanent.

There are no clinically significant drug interactions with ocular prostaglandin analogs.

Examples of beta-blockers used in glaucoma include:

Generally, they are administered once every 12 hours.

Timolol is associated with an increased risk of bronchospasm but betaxolol, due to its selective beta-1 inhibition, is not.

For this reason, timolol should be avoided in patients with asthma. More local side effects include burning sensation, ocular redness and corneal numbness.

Examples of adrenergic agents used in glaucoma include:

Brimonidine is typically administered every 8-12 hours.

Side effects with brimonidine include:

Brimonidine decreases intraocular pressure (by 20-30%) to a greater extent than betaxolol (15-20%), to the same extent as timolol, and to a lesser extent than latanoprost (25-32%).

Examples of miotic agents include:

Pilocarpine works by acting on the ciliary muscle; contracting that muscle. Contraction of the muscle facilitates the passage of aqueous humor through the trabecular meshwork, reducing intraocular pressure.

Side effects with pilocarpine include:

Examples of carbonic anhydrase inhibitors used in glaucoma include:

Of course, medication is just one part of the answer.

Many other, alternate clinical means are sought to reduce long-term ocular damage that glaucoma can bring. The five medicine classes studied here must be adjusted and tweaked depending on how each patient reacts.

That, together with other clinical strategies, are used to reduce vision loss over the medium-to-long-term. One of the great problems with glaucoma therapy has, though, been compliance on part of the patient.

Lack of compliance leads to an increased risk of permanent blindness.