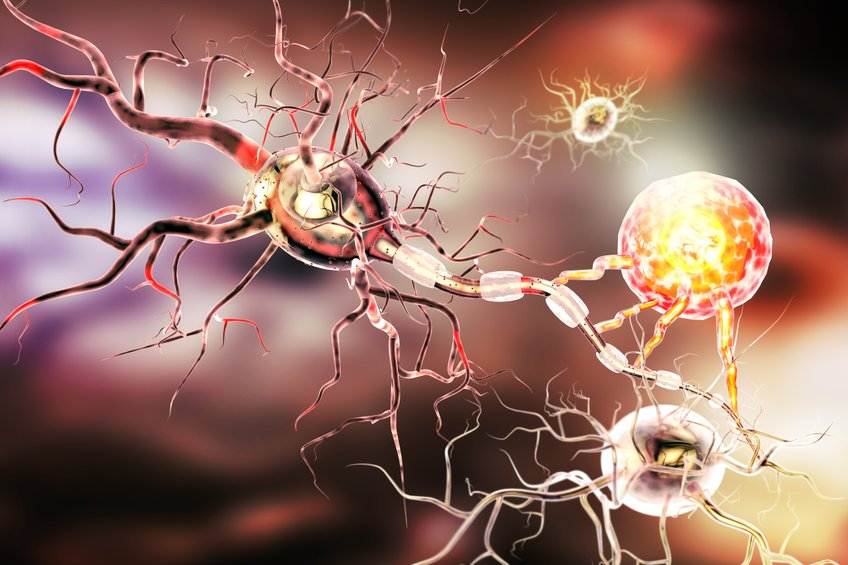 Parkinson’s disease is named after the English physician, James Parkinson, who, in 1817, first described an account of this neurodegenerative disorder.

Symptoms of Parkinson’s disease include:

Other symptoms include depression, anxiety, insomnia, sensory and emotional problems.

Motor symptoms are collectively referred to as “parkinsonism” or “parkinsonian syndrome”; symptoms that derive from the death of cells in the substantia nigra of the midbrain.

The cause of cell death is not fully understood, but the collection of Lewy bodies (abnormal collections of protein) within neurons is believed to play a significant role. This results in dopamine deprivation in affected parts of the brain.

Worldwide, Parkinson’s disease affects up to 6 million people (as of 2015) and, in that year, resulted in almost 120,000 deaths. It is more likely to be found in males, as well as in persons with a family history of the condition. From the point of diagnosis, the average life expectancy is between 8 and 15 years.

While there is no cure, treatment is available. Dopamine agonists are one of the primary treatment options for the condition.

Of course, dopamine agonists are not the only source of drug treatment for Parkinson’s disease. Other medicines – such as levodopa and COMT inhibitors – are also widely used.

As well as treating Parkinson’s disease, many of these drugs are also used to treat restless legs syndrome (RLS).

Cabergoline is more often used to treat prolactinomas, where there is too much prolactin in the blood. Similarly, bromocriptine is also used for this purpose, as well as acromegaly.

Parkinson’s disease is in part caused by dopamine deficiency in the nigrostriatal pathway.

Dopamine agonists are relatively selective for D2 receptors and, through this agonism, it increases dopamine levels in the nigrostriatal pathway. These medicines also have activity at other dopamine receptor types.

For example – pramipexole has partial/full agonist activity at D2, D3 and D4 receptors.

Side effects with dopamine receptor agonists include:

Apormorphine is a highly emetogenic drug. For this reason, it is routinely given alongside an antiemetic.

Agonism at D3 receptors – of which pramipexole and ropinirole are known – is known to produce unusual effects such as compulsive gambling, hypersexuality and overeating.

When we talk about the clinical pharmacology of dopamine agonists, we need to think about the following factors:

Dopamine agonists continue to play an important role in the treatment of Parkinson’s disease; medicines that restore dopamine activity in the nigrostriatal pathway, thereby reducing patient symptoms. They play a small role within a broader clinical approach that manages the many facets of this complex neurodegenerative disease.

That concludes our review of dopamine agonists pharmacology! Check back to our PharmaFactz blog soon for more exclusive content to help you master the science of drugs and medicines.