Digoxin Pharmacology | All the Facts in One Place! 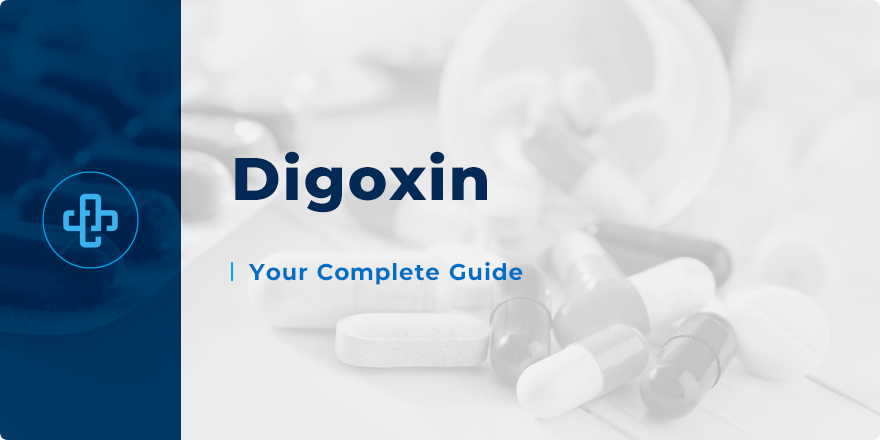 Digoxin is a medicine used in the treatment of various heart conditions. Here, we review what digoxin is, how it works, what side effects its linked to, as well as a variety of other clinical considerations and drug interactions.

Digoxin was first isolated from the foxglove plant, Digitalis lanata, in 1930.

Digoxin is used to treat the following conditions:

Digoxin is rarely used in isolation as a first-line agent. Instead, it is often reserved, in combination with other drugs, for second or third-line treatment.

For example – a beta-blocker or non-dihydropyridine calcium channel blocker is often more effective in treating atrial fibrillation or atrial flutter. Similarly, other medicines – such as triple therapy of an ACE inhibitor, beta-blocker and aldosterone antagonist – are used to treat heart failure before digoxin is brought out.

There are two modes of action that must be considered.

First, how digoxin works for atrial fibrillation and atrial flutter.

Side effects with digoxin include:

Arrythmias may also occur, though they are more likely in cases of digoxin toxicity.

Given that digoxin has a narrow therapeutic window (meaning the difference between therapeutic and toxic doses is small), the incidence of arrythmias is not an unlikely one.

When we talk about the clinical pharmacology of digoxin, we need to think about the following factors:

Digoxin is an important medicine which, though its use has lessened in recent years, it remains an important second or third line treatment option for a variety of serious cardiac states.