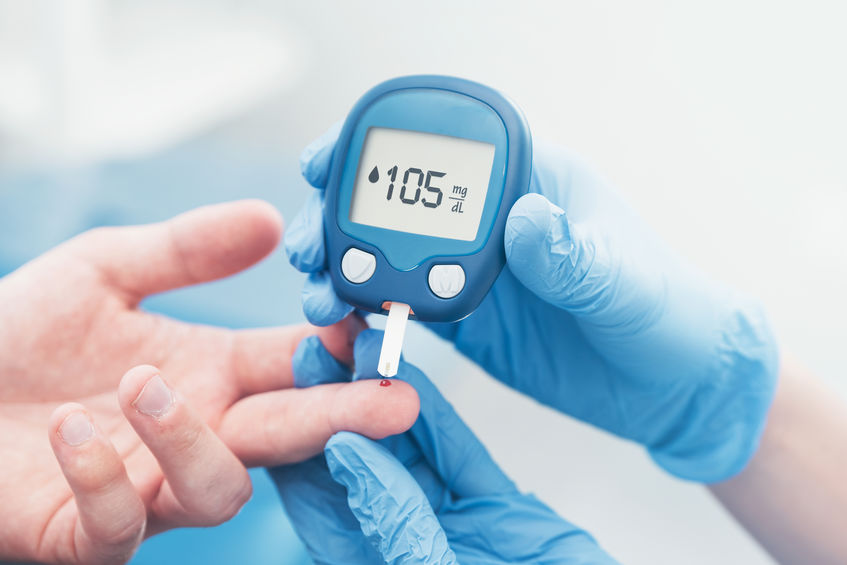 Millions more are thought to have the disease but are currently asymptomatic or undiagnosed. With an obesity epidemic growing at an alarming rate, levels of diabetes diagnosis are expected to rise precipitously in the coming years and decades.

Diabetes management is more than medicines, though. Lifestyle factors – such as diet and exercise – can prevent prediabetes from descending to type 2 diabetes itself, whilst they can also reverse many of the pathological effects of the disease and its progression.

In this diabetes pharmacology study guide, we focus on oral hypoglycemic agents used in the treatment of type 2 diabetes. Whilst there is no cure for type 2 diabetes, treatment aims at reducing complications, both short and long-term. Complications from diabetes include glaucoma, cataracts, diabetic retinopathy, peripheral artery disease, peripheral neuropathy, diabetic foot, and an increased risk of both heart attacks and stroke.

Over the course of this diabetes pharmacology guide, we review six drug classes:

First, we begin by reviewing insulin – its mechanism, side effects and therapeutic implications. Later, we assess the pharmacology of the five main categories of antidiabetic medicines – examples, mechanisms of action and side effects. Finally, we bring together our understanding of diabetes pharmacology by reviewing clinical considerations of both insulin and the five other antidiabetic drug classes.

Before we continue, let’s briefly discuss the differences between type 1 and type 2 diabetes:

Type 2 diabetes accounts for 90 percent of patient cases. The remaining 10 percent comprises type 1 diabetes, alongside other diabetic states – such as gestational diabetes.

The first antidiabetic drug class we need to talk about is, of course, insulin. We’ll learn what it’s used to treat, how it works and what subclasses of insulin exist to help control blood sugar levels.

Insulin is used for the following indications:

Insulin can be used to treat hyperkalemia because, by its very nature, insulin sequesters potassium inside cells.

Given alongside glucose, it means that long-term treatment measures can be sought while the patient’s potassium level is controlled. When insulin administration stops, potassium levels rise again. Administering insulin remains an effective short-term solution.

There is more than one type of insulin treatment option. Insulin is categorized according to how long the medicine acts. For example:

Side effects of insulin include hypoglycemia and hypokalemia. Patients who repeatedly administer insulin at the same site may develop unappealing fat accumulation at that site. Insulin elimination is reduced in renal impairment, leading to an increased risk of hypoglycemia.

Later, we include some therapeutic considerations that healthcare professionals should think about. In the meantime, let’s quickly review the primary antidiabetic drug classes and how they can help patients with diabetes. First, we begin with sensitizers.

Sensitizer medicines are used to address insulin resistance. There are two classes:

Metformin is first-line in the treatment of type 2 diabetes; a drug that works by increasing the body’s sensitivity to insulin. More specifically, metformin works through a combo of means:

An orally administered drug, metformin is not associated with weight gain – unlike every other oral hypoglycemic medicine. It’s also a well-tolerated drug, mostly associated with mild gastrointestinal side effects and causing a metallic taste. Serious side effects include lactic acidosis and, with long-term use, vitamin B12 deficiency.

Pioglitazone and rosiglitazone belong to the thiazolidinedione class, also known as “glitazones”. These drugs are typically second or third-line agents depending on how well the patient has tolerated metformin. Like the biguanide class, glitazones are sensitizers – meaning that they lower blood glucose by activating PPAR-gamma; an effect which tells genes to enhance insulin action. This leads to reduced gluconeogenesis in the liver and enhanced glucose uptake by skeletal muscle. Unlike metformin, they can cause weight gain.

Other side effects with glitazones include:

Bear in mind that rosiglitazone has been suspended by the European Medicines Agency (EMA) due to their concern of elevated cardiovascular risks.

As their name suggests, secretagogues increase secretion of insulin:

There are two generations of sulfonylureas. The first-generation includes older drugs, such as tolbutamide, which are less effective and associated with more adverse effects than their second-generation counterparts. The drugs listed above are all second-generation agents.

Both sulfonylureas and meglitinides act to promote insulin secretion. They also act at the same target – namely, the potassium-ATP channel of beta cells. However, they act at different sites along that channel. By closing potassium channels, calcium channels open – leading to greater insulin secretion.

Sulfonylureas cause dose-related effects such as gastrointestinal upset, hypoglycemia and, in rare cases, hepatotoxicity and agranulocytosis. Meglitinides are associated with flu-like symptoms, gastrointestinal symptoms and hypoglycemia. Both drug classes are linked to weight gain.

Alpha-glucosidase inhibitors include drugs such as:

They work very differently from the drugs we’ve discussed so far. Whereas biguanides, glitazones, sulfonylureas and meglitinides affect insulin sensitivity or secretion, alpha-glucosidase inhibitors have no such effect.

Instead, they work by slowing carbohydrate metabolism throughout the gastrointestinal tract – an effect achieved by decreasing carbohydrate enzyme production. By slowing glucose metabolism, they reduce the risk of hyperglycemia. They have a comparatively lower impact on HbA1c values compared to other antidiabetic medicines.

Side effects include increased flatulence, bloating and diarrhea.

Peptide analogs, such as GLP-1 agonists, are also secretagogues – they promote secretion of insulin. GLP-1 agonists bind to the membrane receptor, encouraging insulin release from pancreatic beta cells. Most of the side effects of GLP-1 agonists are gastrointestinal in nature. Some patients experience headache and dizziness, too. Rarely for antidiabetic medicines, GLP-1 agonists are associated with weight loss.

Glycosurics are the final drug class in our review of diabetes pharmacology. Glycosurics are medicines that promote the elimination of glucose through the urine.

SGLT-2 [sodium-glucose transport protein-2] refers to the protein transporter responsible for glucose reabsorption. Inhibition of this protein leads to increased glucose excretion through the urine. The “gliflozin” class are associated with the following potential side effects:

There is some evidence that SGLT-2 inhibitors are linked to possible cardiovascular events, but research is ongoing with a definitive conclusion yet to be reached.

We have reached the end of our study on the various classes in diabetes pharmacology. We examined insulin, biguanides, secretagogues, alpha glucosidase inhibitors, peptide analogs and glycosurics.

With these mechanisms and side effect profiles in mind, let’s turn our attention to the final part of our review – namely, clinical considerations. Below, we talk about some of the principal therapeutic matters you, as a student, need to think about.

Of course, these considerations are not exhaustive. They do, though, provide a helpful introductory summary from which you can further build and strengthen your knowledge.

Clinical considerations we need to think about include:

That concludes our review of diabetes pharmacology! Check back to our pharmacy blog soon for even more content to help you master the science of medicines!