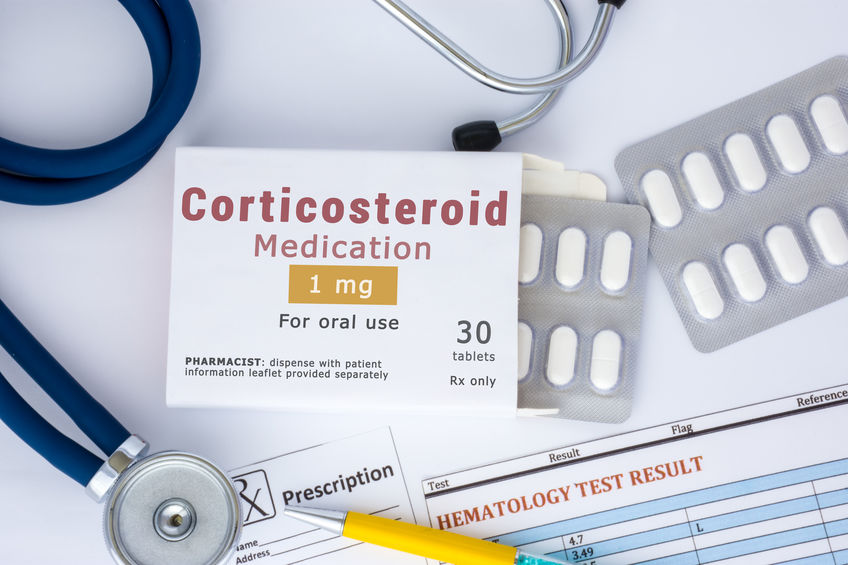 Corticosteroids are among the most widely prescribed drug classes – used to treat a wide variety of allergic, inflammatory, and autoimmune disorders, as well as a range of malignancies. Here, we review the must-know facts about corticosteroids pharmacology that you need to know.

There are two classes of corticosteroid:

Glucocorticoids – such as cortisol – impact protein, fat, and carbohydrate metabolism. Their wide-ranging effects include anti-inflammatory, anti-proliferative, and immunosuppressant properties. In addition, by inhibiting the mediator, histidine, glucocorticoids also have vasoconstrictive effects. Examples of synthetic glucocorticoids include:

There are three broad categories of corticosteroid use:

Allergic and inflammatory disorders; suppression of autoimmune disease; used as part of a wider chemotherapy regimen; hormone replacement in conditions such as adrenal insufficiency.

In the treatment of asthma and chronic obstructive pulmonary disease (COPD).

Treating inflammatory skin diseases, such as eczema and other skin flare-ups.

Loteprednol is used in the treatment of ophthalmic inflammatory conditions.

Glucocorticoids achieve this by binding to receptors in cytosol – known as glucocorticoid receptors (GR). By binding, the receptor passes into the nucleus to bind to glucocorticoid-response elements. This influences gene expression by:

Glucocorticoids also have metabolic effects. For example – they increase gluconeogenesis from circulating fats and amino acids that have come about through the catabolism (or breakdown) of muscle and fat.

For systemic inflammatory disorders, this has an enormous impact. Glucocorticoids also impact circulating monocytes and eosinophils, suppressing their effects.

Topical corticosteroids have a more local effect. However, prolonged use of high doses can trigger systemic side effects.

Side effects with glucocorticoids vary depending upon which route of administration is required.

Side effects with glucocorticoids include:

Side effects of topical corticosteroids include skin thinning, striae, dermatitis, and worsening acne.

When we talk about the clinical pharmacology of corticosteroids, we must consider the following factors:

That concludes our review of corticosteroids pharmacology. Check back to our pharmacy blog soon for more exclusive content to help you master the science of drugs and medicines!