Azathioprine Pharmacology | All the Facts in One Place! 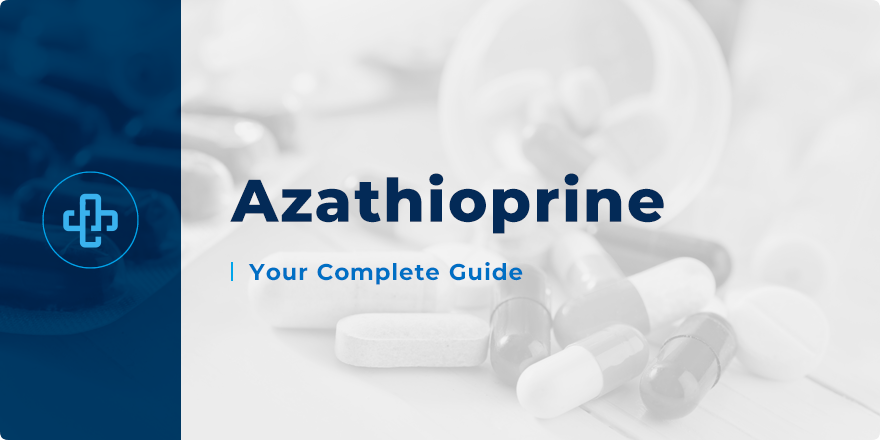 Azathioprine is an immunosuppressant medicine. As such, it is used to treat a wide variety of disease states. Here, we review those indications as well as how azathioprine works, and what side effects and drug interactions it is associated with.

Azathioprine is marketed under Azasan and Imuran, among other trademarks.

It is a medicine that works to lower the body’s immune response. This makes it an effective medicine in the treatment of organ transplant rejection and in other situations in which the body attacks itself – such as autoimmune disease.

Indications of azathioprine include:

Azathioprine may also be used for indications not listed in this guide.

Azathioprine may be administered in either oral or intravenous form (mostly oral); it is often used in combination with other immunosuppressive medicines.

Azathioprine works by diminishing activity of the immune response.

Ultimately, this is what leads to immunosuppression.

Both 6-mercaptopurine and 6-thioguanine act as the starting point for purine biosynthesis. With less DNA and RNA produced for the necessary white blood cells, the immune response is lessened, becomes dampened.

This is what leads to the immunosuppressive therapeutic effects of azathioprine.

Side effects with azathioprine include:

Azathioprine may also cause other side effects not listed in this guide.

When we talk about the clinical pharmacology of azathioprine, we need to think about the following factors:

Azathioprine is an important immunosuppressant medicine used for kidney transplant cases, as well as a wide variety of other autoimmune states.

However, its use does not come without risks. The clinical professional should understand these risks, and act accordingly, in the interests of the patient.

For even more facts and pharmacology quiz questions on azathioprine pharmacology, register with PharmaFactz today. Check back to our pharmacy blog soon for even more great articles on immunosuppressant medicines!