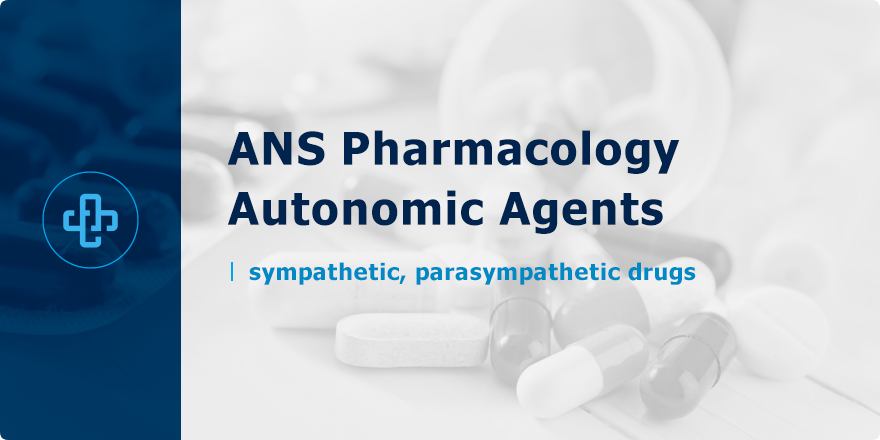 Drugs that bind to receptors activated by acetylcholine are called cholinergic drugs.

The actions of acetylcholine include:

These receptors bind to muscarine in addition to acetylcholine, which is an alkaloid present in poisonous mushrooms. Muscarinic receptors are located in the heart, smooth muscles, brain and exocrine glands.

These receptors bind to nicotine in addition to acetylcholine but show a weak affinity to muscarine. They are located in the central nervous system, adrenal medulla, autonomic ganglia and the neuromuscular junction.

These receptors bind to nicotine in addition to acetylcholine but show a weak affinity to muscarine. They are located in the central nervous system, adrenal medulla, autonomic ganglia and the neuromuscular junction.

They are also known as parasympathomimetics. They mimic the effects of acetylcholine and bind directly to its receptors. These drugs have a longer duration of action than acetylcholine but show little specificity in their actions, which limits their therapeutic use.

Since they work indirectly by inhibiting the acetylcholine esterase and do not bind directly to the cholinoceptors, they have an equal effect on both the muscarinic and nicotinic receptors.

In autonomic nervous system pharmacology, they are also known as parasympatholytics, they bind directly to the cholinoceptors. They are subdivided on the basis of their spectrum of action into antinicotinic and antimuscarinic drugs.

Adrenergic drugs are some of the most widely known drugs in autonomic nervous system pharmacology. They are drugs that act on receptors activated by the catecholamines, epinephrine and norepinephrine.

They are metabolized by enzymes monoamine oxidase (MAO) and catechol-O-methyltransferase (COMT). The effects produced by epinephrine and norepinephrine are:

The receptors on which these neurotransmitters act (adrenoceptors) can be classified as:

The effects produced by stimulation of different adrenoceptors are as follows:

These drugs are also called sympathomimetic drugs and act directly on receptors that are stimulated by norepinephrine or epinephrine. They are further classified on the basis of their action as direct, indirect and mixed action acting agonists.

These drugs are also known as sympatholytic agents. They bind directly to the adrenoceptors, preventing their activation by endogenous catecholamines. They are classified as alpha and beta-blockers, on the basis of receptors they act on.

That concludes our study of autonomic nervous system pharmacology; a wide and diverse range of medicines that operate on some of the most fundamental neural architecture of the body. For even more on ANS pharmacology, take a few moments to become a registered member of PharmaFactz.