Antimicrotubule Drugs Pharmacology | All the Facts in One Place! 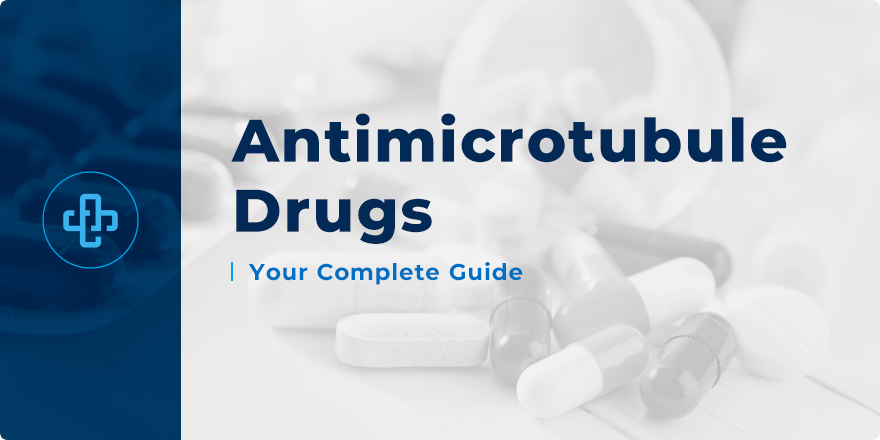 What are Antimicrotubule Drugs?

Antimicrotubule drugs are used in the treatment of a wide variety of cancers. They are plant-derived medicines that disrupt microtubule function; microtubules being polymers of tubulin that form part of the cytoskeleton of cells.

In the treatment of cancer, there are two main classes of antimicrotubule drugs:

Of course, these two classes are not the only medicines that disrupt microtubule function.

Other drugs that disrupt microtubule function include:

For the anticancer medicines, the original plant sources include:

Of course, synthetic variations are now created through other, more convenient means.

Antimicrotubule drugs are used to treat a wide variety of cancers.

Here, we’ve listed many of their most common uses – however, any of the above drugs may be used as part of a wider regimen to treat other cancers not listed in this guide.

With these indications in mind, let’s take a closer look at how both anticancer drug classes work for, though they are both antimicrotubule agents, they work by entirely different means.

Both drug classes – taxanes and vinca alkaloids – act on microtubules.

Microtubules form an essential, structural role; a fundamental part of the cytoskeleton. Microtubules are composed of two proteins:

Microtubules are needed for cell division, among other functions. Microtubules are not static structures. They are in a near-constant cycle of assembly and disassembly. That is where the two medicine classes come in.

Because cell division cannot take place, the cell is stunned into arrest before undergoing apoptosis, or programmed cell death.

Unlike other anticancer drug classes, such as the alkylating agents, antimicrotubule drugs are cell cycle specific – that is to say, they act at specific points along the cell cycle.

Let’s now review the potential side effect profiles associated with both drug classes.

Side effects associated with taxanes include:

Side effects associated with vinca alkaloids include:

Of course, because these are anticancer drugs, they are linked to a wide variety of other potential side effects. Above, we’ve listed many of the most common side effects.

As well as this, both drug classes are linked to drug interactions.

Because anticancer drugs are given in regimens, the oncologist will determine the risk-ratio of the regimen and the potential for side effects, sometimes serious if not potentially fatal side effects. Ultimately, this is how treatment is determined.