Alzheimer’s Disease Pharmacology | All the Facts in One Place! 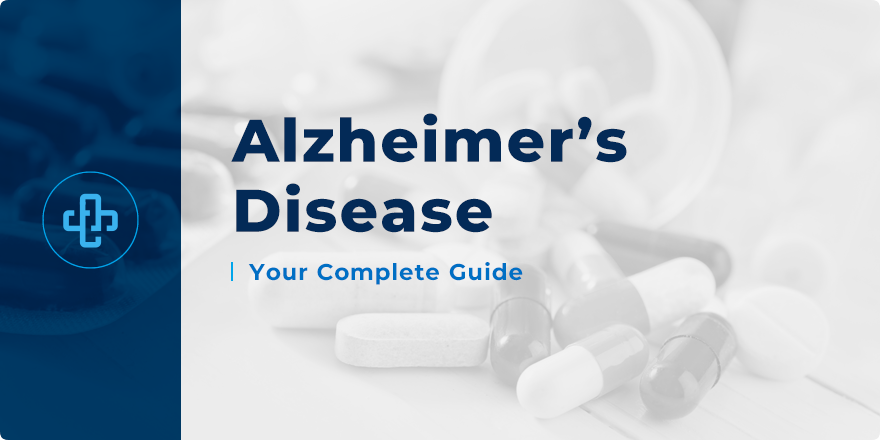 First described by the German pathologist Alois Alzheimer in 1906, Alzheimer’s disease is a condition that afflicts approximately 30 million people worldwide. Medicines are only used to manage symptoms of the disease, as there is currently no cure.

Alzheimer’s disease is the most common cause of dementia, accounting for almost two-thirds of cases. Characteristic symptoms include short-term memory loss, difficulty with language, disorientation, mood swings, loss of motivation and behavioral disturbances.

However, none of these medicines has been shown to delay or halt disease progression.

The medicines are most effective in mild-to-moderate treatment of the disease. Late stage Alzheimer’s shows very little, if any, clear benefit.

Other medicines – such as atypical antipsychotics – have been used for psychotic or aggressive aspects of the disease, but because they are linked to serious adverse effects and, according to some studies, an increased risk of death, they are generally avoided.

We can divide Alzheimers disease pharmacology into two distinct classes:

Glutamate is an important excitatory neurotransmitter in the brain. By inhibiting NMDA receptors, memantine inhibits the excitatory effects of its ligand, glutamate. Memantine is used to treat moderate-to-severe symptoms of Alzheimer’s disease.

The other four medicines are acetylcholinesterase inhibitors:

Side effects associated with memantine include:

Side effects associated with acetylcholinesterase inhibitors include:

Rivastigmine has a higher incidence of decreased appetite and weight loss than the other three medicines.

Nausea and vomiting with acetylcholinesterases is caused by cholinergic excess.

When we talk about the clinical pharmacology of Alzheimer’s disease, we need to think about the following factors:

Medicines have limited use in Alzheimer’s disease. While there are slight benefits, there are also risks that must be considered. Given that current treatment focuses on symptomatic relief, it is hoped that a more permanent, cure-based solution, is on the horizon.

For more facts and pharmacology quiz questions on Alzheimers disease pharmacology, register with PharmaFactz today. Check back to our pharmacy blog soon for even more great articles on Alzheimer’s disease and other neurodegenerative illnesses.