Acetaminophen Pharmacology | All the Facts in One Place! 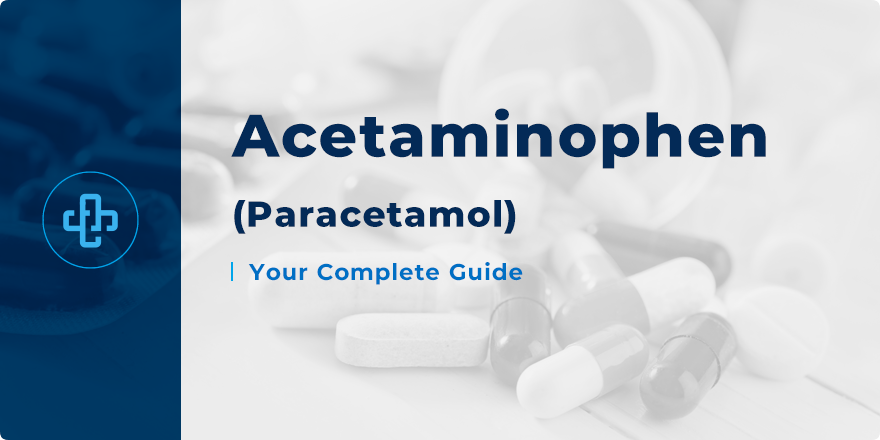 Acetaminophen (or paracetamol / APAP) was first discovered in 1877 and has since gone on to become one of the world’s most widely used medicines in the treatment of pain and fever. Here, we review the essential facts about acetaminophen pharmacology that you need to know.

Unlike NSAIDs, acetaminophen does not have significant anti-inflammatory effects. Instead, it works as an analgesic – in the treatment of mild-to-moderate pain – either alone or in combination with other drugs, such as opioids.

Acetaminophen is also used to reduce fever, though its use in children for treating fever has been questioned. Other medicines, such as ibuprofen, have proven more effective at treating this symptom. However, acetaminophen still has notable anti-pyretic effects.

The precise mechanism of acetaminophen pharmacology is not yet fully understood.

Research shows that acetaminophen is a weak inhibitor of cyclooxygenase (COX). You will recall that COX inhibition is what accounts for much of the analgesic, anti-pyretic and anti-inflammatory effects of the NSAID class. COX is necessary for prostaglandin production, substances that promote pain, fever and inflammation throughout the body.

Even though acetaminophen is a weak inhibitor of the enzyme, it shows greater inhibition for the COX-2 isoform compared to the COX-1 isoform. Inhibition of COX-1 is what is responsible for the undesirable gastrointestinal side effects of NSAIDs.

Overdose of acetaminophen is associated with liver failure.

Acetaminophen is metabolised by hepatic enzymes, a metabolite of which is the toxic N-acetyl-p-benzoquinone imine, or NAPQI. The more acetaminophen consumed, the greater accumulation of this toxic metabolite – damaging the liver and increasing the risk of liver failure.

Ordinarily, toxic NAPQI is eliminated from the body after conjugation with glutathione. However, acetaminophen toxicity means that this elimination route becomes exhausted. To prevent ongoing hepatocellular toxicity, glutathione may be replaced by administering acetylcysteine to the patient.

When we talk about the clinical pharmacology of acetaminophen, we need to think about:

Acetaminophen pharmacology focuses more on how it affects patients with established liver disease, or who need to be treated in cases of overdose.

Though its complete mechanism of action is yet to be elucidated, acetaminophen remains an important medicine in the treatment of mild-to-moderate pain and fever. For even more facts and quiz questions on acetaminophen, register with PharmaFactz today. Check back to our pharmacy blog soon for even more great facts on this widely used medicine!