25 Facts about Anticancer Drugs that Every Pharmacy Student Should Know 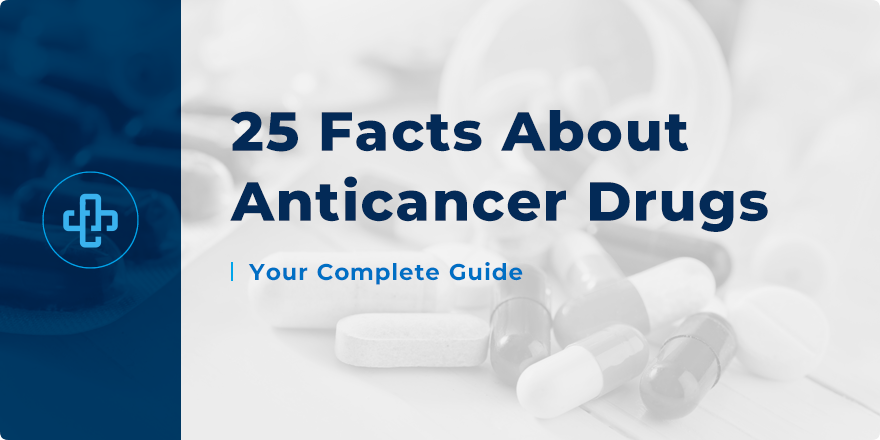 Following on from our hugely popular 101 Pharmacology Facts that Every Pharmacy Student Should Know, we’ve come back with a more niche, but no less important, alternative – facts about anticancer drugs.

That’s because the topic of anticancer drugs is quite a complex one.

There are innumerable drug classes, regimens, mechanisms, adverse effects and drug interactions to consider. Add to that the fact that most anticancer drugs are used to tackle a wide diversity of cancers. It can, then, become difficult for pharmacy students to commit this blizzard of facts to memory.

The below 25 facts are by no means intended to be exhaustive, of course. However, they focus on many of the essential, most fundamental facts that students are expected to know. Have an exam on anticancer pharmacology? Memorize the list below right now!

Read the below list multiple times, in conjunction with your study materials, for maximum effect.

All anthracycline drugs are linked to cardiotoxicity.

Want to learn more about the pharmacology of anticancer drugs – their indications, mechanisms, adverse effects, drug interactions and other clinical considerations? Join our member’s area today – our resources contain everything you need to know not only to master anticancer pharmacology but also every other major drug class, too.