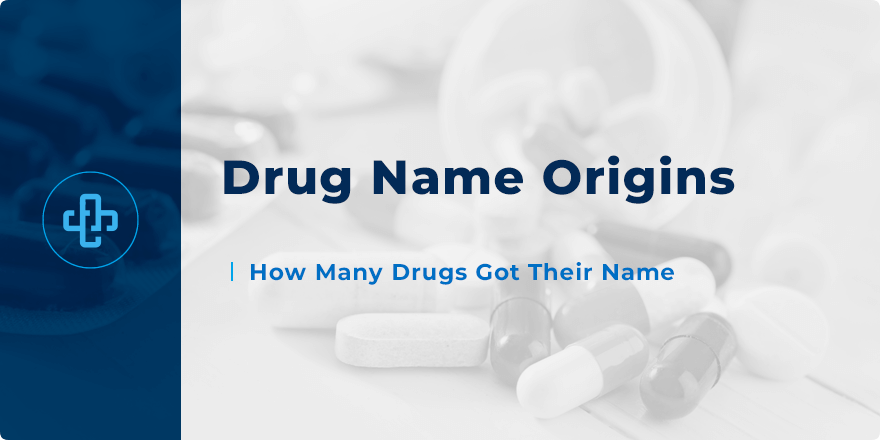 As a pharmacy student, it can be difficult to recall medicine names at the best of times. The wide variety of drugs, each married to their own galaxy of brand names, makes learning medicines a robust and challenging task.

You can, though, learn an awful lot about a medicine based on its name alone. Montelukast, a drug used to treat COPD, takes its name from Montreal – the city in which it was discovered. While the relevant fact may or may not hold interest, the name origin acts as an anchor to help you recall the medicine.

Below, we review 21 of the most popular drug name origins. I say popular because, though these explanations are thought to be true, some might just be added “after the fact”. In any case, this is a simple way for pharmacy students to grasp an extra layer of detail about some of the most common medicines used today.

That’s about it for our drug name origins for today. Know any more?

Tweet us or comment on our Facebook page today. Check back to our pharmacy blog in future for even more facts on the medicines we all need to know.